A Tremendous Ending For Money Heist! 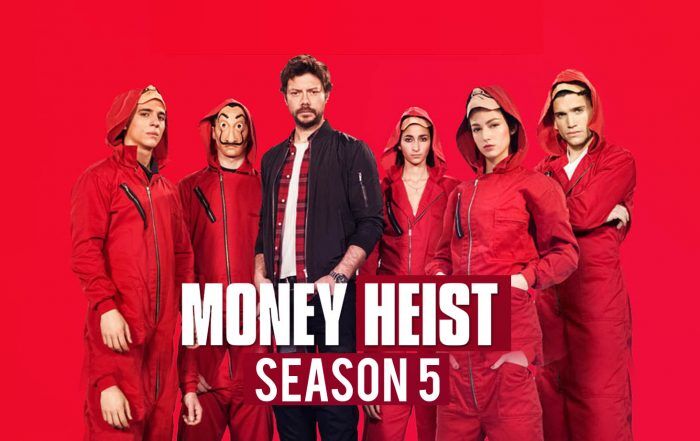 A Tremendous Ending For Money Heist!

Money Heist, most known by its Spanish name La Casa de Papel (“The House of Paper”), ended this week.
After four years and five seasons, Netflix’s most-watched series worldwide is coming to an end.
But it is not just an end.
It is something that blows your brains out with an irrepressible action and emotion!

This Spanish heist crime drama television series, created by Alex Pina, traces two long-prepared heists.
They are led by the Professor (Alvaro Morte).
One is on the Royal Mint of Spain, and the other on the Bank of Spain.
Both are told from the perspective of one of the robbers, Tokyo (Ursula Corbero).

The narrative is in a real-time-like fashion.
And relies on flashbacks, time-jumps, hidden character motivations.
And a surrealistic and unreliable narrator for complexity. Can the dead tell stories?

You will see a series with ambivalent characters. And extraordinarily human and mythical at the same time. Both the thieves and the “good guys,” those who enforce the law, lead us into an overwhelming plot.

With masks showing the face of the surrealist painter par excellence, Salvador Dali, each chapter mainly takes us into Latin, Spanish and Italian culture.
Money Heist offers us a cultural feast.
It is spiced up by an anti-fascist message through visual arts, painting, architecture, music, and gastronomy.

There is a passionate call for resistance. Shows the fighting against the oppressor, from start to finish, no matter where he comes from.
In these turbulent times, of protests, later, of the pandemic, the series arrived like a ring for the finger.
Young people from all over the world identified themselves with the red dresses and masks with the well-known face of Dali.
People need something to believe in, a motivation to live, to fight.

The professor’s battle cry, songs like the Italian anti-fascist song “Bella ciao” and the series theme song, “My Life Is Going On, sing of life, freedom, and hope.

Trying not to fall for spoilers, I add this comment from Wikipedia:
“The Netflix series received several awards.

By 2018, the series was the most-watched non-English-language series and one of the most-watched series overall on Netflix. And it has particular resonance with viewers from Mediterranean Europe and the Latin American regions”.

I end by commenting that at a critical moment, one of the series stars says something remarkable.
He says that he wants a house in the Dominican Republic. He was considering this famous tourist destination as the best place to spend the rest of his life!