“Enriquillo Amiama belongs to a new generation of Dominican artists who have appropriated formal and conceptual elements characteristic of the historical avant-gardes. As a pioneer in this plastic current, called Postmodernism today, since 1982, in a coherent way, he fuses distinctive elements of symbolism, abstraction, hyper-realism, as well as emblematic iconographies of recognized artists.

From the reuse of anachronistic aesthetics, appropriation, and paraphrasing, Enriquillo Amiama has created his style that could be defined as new pop art, whose theme and concept is expressed in paintings, installations, videos, digital art, and more today, using the medium “Facebook” as a plastic substance.”

Belgica Rodríguez is a former president of the International Association of Art Critics (AICA), a UNESCO NGO. She is currently AICA’s Honorary Ad Vitam President. Former director of the Art Museum of the Americas, OEA, Washington, D.C. 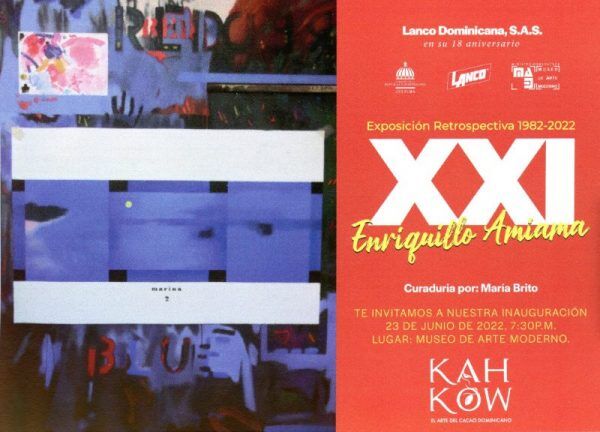 From June 23 through August 25