Here you can see a history of my works based on the time I did them.

I have rarely done series because I prefer to take my emotions more than reason. Although in the end, this one fights and “orders” my impulses and reconfigures them so that harmony and classical aesthetics dominate.

However, as the techniques become more straightforward and familiar to me, the playful and spontaneous gains more strength, and I end up making a postmodern salad that many love and others do not swallow.

But the artist is me at the end of the day, and doing whatever I want ¡is part of the fun! 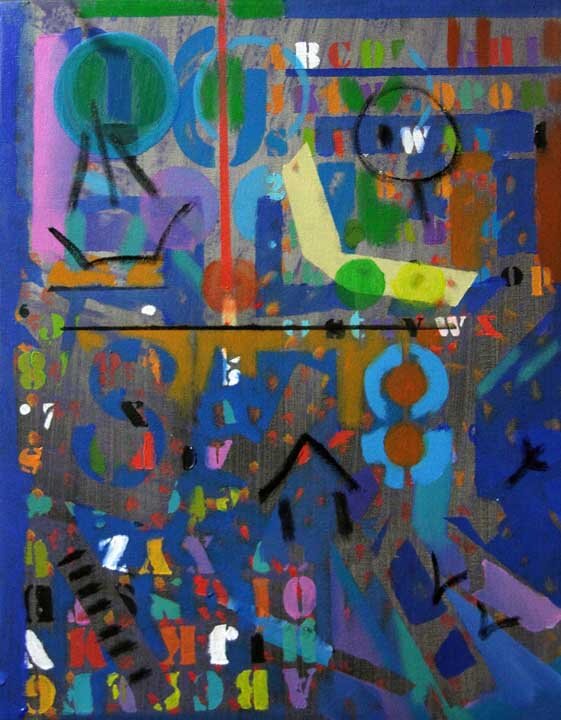 I begin with my “European” period. Gallerists from England and Italy took me to exhibit in Glasgow, London, Paris, and Cologne.

The experience was excellent, but I decided to take a break to evaluate everything I had done and start working on new visual and aesthetic experiences.

My reaction to 9/11 was to be prostrate without being able to paint anything. By rereading an article I wrote for International Artist Magazine about the artist’s blockage, I was able to go back to the brushes and begin to create beautiful flowers enclosed and wounds between grids and geometric planes.

Between 1997 and 2001 it was my journey through Central America. I exhibited successfully several times in Panama, Costa Rica, Honduras, and Guatemala.

In this third period, I had two of my top exhibitions, the one from 1992, a kind of mini-retrospective of my favorite subjects, and the one from 1996, my first major exhibition in the United States, at the IDB Bank Art Gallery in Washington, DC.

The period 1985-1989 marked the almost meteoric rise of my career with three consecutive individual exhibitions at the famous art gallery La Galería.

In this modern and contemporary art space, some of the top masters of Dominican art made important solo shows.

Its director, Mariloli de Severino, welcomed me as the youngest of the gallery staff and two other new artists, the Dominican, living in Paris, Inés Tolentino, and the Japanese prodigy Koji Endo.

Although I began to study art at the age of 14, in 1976, it was not until the beginning of the ’80s that I appeared in the public light.

I consider my formal entry into the art world with the group show AQUA. Five artists exhibited our works in the gallery of Casa de Teatro, a legendary space for art and culture, in 1982.

This place has always been open to new Visual arts talents parallel its primary function of being a venue for theater and music performances.

Two years later, in 1984 I had my first solo exhibition, titled Searching for Peaceful Worlds, at Paiewonsky art gallery.